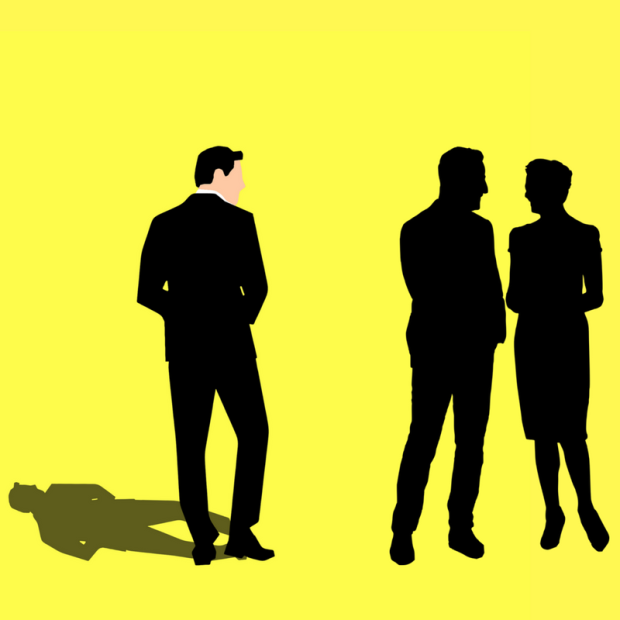 With the cascade of revelations of sexual harassment and assault raising our awareness, many are asking “Why didn’t others do something?” and in particular “Why didn’t other men do something?”  Although men may also be sexually harassed (usually by other men) the majority are not and most men rarely fear sexual assault.  Yet men who witness other men harassing women or speaking offensively share similar fears, including retaliation, loss of social status, embarrassment, or thwarted career ambitions.  This results in men’s (and women’s) silence, thus enabling perpetrators to continue perpetrating, not to mention that our inaction weighs heavily on our consciousnesses.  Because men who offend may respect and care about what other men think more than they do women,  other men may have an advantage in interrupting sexism and violence against women.  In other words, preventing sexual harassment and sexual assault can be considered as men’s responsibility, although of course women have and will continue to take action.

One deterrent to responding is our surprise, shock, and discomfort with abusive remarks and behavior.  We now realize that these are more commonplace than once thought.  Thus, rather than seeing them as unusual, we must prepare ourselves to understand that they are commonly occurring.  Being emotionally prepared to perceive the injustices of the world – even if they do not impinge on us directly – helps us to be emotionally prepared to respond to them.  This is not only true for sexism, sexual harassment and sexual assault, but for other injustices such as racism, homophobia, Islamophobia, etc.

There are many actions one can take in response.  First is to be believable allies who are safe for victims to report to.  By words and actions we can make it clear that we believe victims, are understanding, and will respond compassionately.  Exposing perpetrators supports victim healing and may also prevent future perpetration.  Second, when someone is uncomfortable with the words or actions of another person the chances are very good that others are uncomfortable as well.  Thus, it is important to talk to others to determine if your discomfort is shared and to explore possible responses.  Social science research confirms that a majority of men are uncomfortable with sexist language and behaviors but do not realize that other men are also, as well as that the majority of men would respect someone who intervenes but believe most others would not.  Knowing that you are not alone in your concerns and having the opportunity to share possible actions can empower us to respond effectively.

In particular, someone can intervene without suffering backlash. The science of ‘bystander intervention’ (now evolved as a state of the art prevention practice) offers skills and strategies for the majority of men (and women) who do not harass to intervene in the minority of men’s harassment and violence. Thus when confrontation is not an option, a bystander can respond to a sexist remark by: changing the subject; replacing a negative comment with a positive one; or using subtle sarcasm. In “How Wall Street Bro Talk Keeps Women Down” (NYT-July 7, 2017) author Sam Polk shares sexist remarks he has heard on Wall Street and describes his discomfort and inaction. For example, at a Brazilian steakhouse a superior’s comment about the waitress: “I’d like to bend her over the table and give her some meat” was responded to by awkward laughter.  In this case one could use distraction to change the subject, saying: “I’m more concerned about getting good service for dinner” or “What do you recommend from the menu?”   A distracting remark can successfully shift attention away from the problematic behavior. Alternatively, re-framing offers a positive comment in place of a negative.  For instance, having previously eaten at the restaurant one could say: “Actually she is a great waitress” or “I’ll show my appreciation by giving a nice tip.”  A truthful, appreciative remark can undermine the negative comment and refocus attention on the positive.  Finally, subtle sarcasm can also be effective, such as “I think I will be ordering from the vegetarian menu tonight” or “Brazilian visas don’t allow that.”

Another example cited in the article was when a superior asked a new male employee if he: “got laid last night?”  A safe response could be “I was up working” or “we watched a movie” or even “you are right, I was laid up on the couch last night.” Safe, honest responses can change the terms of the discussion without enabling the perpetrator, let others know that you don’t agree with the remark, and offers them a chance to affirm your response.

When I hear men making negative comments about female colleagues – especially about their physical appearance or competence – I find it very effective to reply by mentioning a positive characteristic or accomplishment of the person, such as “Actually she just received the teacher of the year award” or “She is one of the smartest persons in my seminar.”  One could also say “I think that remark could be misunderstood.  You are a great supervisor and I wouldn’t want you to get in trouble for something you didn’t really mean.”

Confrontation, which may be difficult with a superior, involves strongly objecting to a remark or stating one’s feelings, such as: “I really respect you and I am disappointed to hear you say that” or, more strongly, “I would prefer if you don’t talk that way around me.”

Clearly, it is possible to respond to an inappropriate remark by undermining it and registering disagreement while avoiding confrontation or to create an uncomfortable situation.  Responding  provides the opportunity for other bystanders to register their discomfort, help to shift the conversation, affirm the positive remark, or share appreciation and respect for intervening. As we recognize the prevalence and pervasiveness of harassment and sexist remarks, we can view the opportunity to intervene as a welcome one.

Imagine if the majority of men responded to objectionable remarks by either changing the subject or undermining the remark.  This would move us closer to creating a culture in which such actions were not tolerated and rewarded and it could help reduce the guilt that many men feel about doing nothing.  Taking action individually or as a group is essential, along with more systematic responses that are needed from our institutions and organizations.

Most perpetrators of sexual harassment and sexual assault begin these behaviors long before we meet them.  Yet our silence and inaction helps to create a culture in which it is easy for them to continue.  There are many elements of a comprehensive response, including creating safe reporting options, taking complaints seriously, understanding that false accusations are extremely rare, training law enforcement in effective and victim supportive investigations, ensuring swift and effective punishment, and the modeling of healthy interactions and sexuality.  We all have a role to play and it is the responsibility of everyone – especially men – to reverse the culture of harassment and assault by creating safety for victims to report, sharing discomfort with others, serving as healthy responsible role models, holding our institutions accountable and intervening in safe ways against offensive behavior.

Alan Berkowitz, Ph.D. is an internationally recognized expert in sexual harassment and sexual assault prevention and the author of “RESPONSE ABILITY: The Complete Guide to Bystander Behavior” and “How to Respond to Sexist Remarks.”  More information about his work is available at: www.alanberkowitz.com