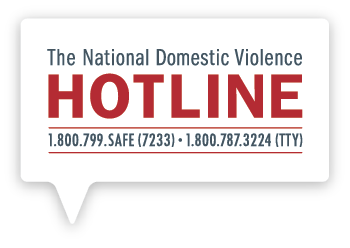 If 12 million people were affected by an epidemic in this country, it would be all over the news. People in every community would be concerned, and you’d hear about it everywhere you went.

What if I told you that there is such an epidemic happening right now in every city and state in the U.S.? But this epidemic is not a disease or a virus. It’s domestic violence.

Domestic violence affects millions of people in the U.S. each year. One in four women and one in seven men are physically abused by an intimate partner, and one in three teens will experience some form of dating abuse. However, these numbers don’t show the entire picture. It’s likely that many victims are suffering in silence and never report their experiences due to fear, shame, and a lack of resources.

October is Domestic Violence Awareness Month, and all month long organizations and individuals around the country are working to raise awareness about this important issue. Why is it so crucial to make domestic violence part of our national conversation? On a personal level, anyone can be a victim—or a perpetrator—of relationship abuse, regardless of age, race, gender, sexual orientation, religion, or background. But domestic violence isn’t just a private, family matter. On a broader cultural level, domestic violence intersects with many of the major social issues of our time, such as affordable housing, LGBTQ rights, and gun laws. This issue is shaped and perpetuated by many of the attitudes and fears that affect our world, like misogyny, racism, sexism, homophobia and transphobia.

At the National Domestic Violence Hotline, we are in a unique position to inform the ongoing conversation about domestic violence. As the only national hotline that provides direct support to anyone affected by intimate partner abuse, we are able to gather data and stories from survivors across the country. In 2014, The Hotline conducted a survey with our chatters about their abusive partners’ access to firearms. Of those who revealed that their partners had access to guns, 22% said their partner had used a gun to make threats, and 67% believed their partner was capable of killing them. These impactful stories and statistics can be used to inform policies that lead to better protections for survivors and our communities.

Many people might feel helpless at the thought of ending domestic violence, but there are many things that we as individuals can do. First and foremost, we must stop blaming victims. No one deserves to be abused for any reason. The person responsible is the person who chooses to be abusive. Second, it’s important that we learn the signs of relationship abuse so that we can recognize when it is happening. It’s also critical that we teach young children the difference between healthy and unhealthy relationship behaviors. We can do this by being a healthy partner in our own relationships and calling out ideas or behavior that promote violence or abuse. We can all spread the message that love is not abuse.

By accomplishing these seemingly small acts, we can eradicate stigma for victims and begin building better support systems locally and nationally. We can also shine a light on abuse and promote healthy relationships for future generations. These may sound like lofty goals, but I believe that a world where all relationships are positive, healthy and free from violence is possible.

Learn more about The Hotline at www.thehotline.org. 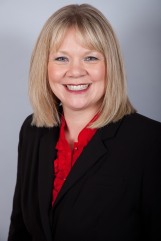 Katie Ray-Jones is the chief executive officer of the National Domestic Violence Hotline (The Hotline). She is a recognized leader in the domestic violence movement and has extensive experience working with victims and survivors. Ray-Jones has managed emergency shelter and housing programs as well as nonresidential services for survivors and their children. Prior to being named CEO of The Hotline, she served as operations director and then president of the organization. She serves as treasurer on the board of directors for the National Resource Center on Domestic Violence and is a member of the National Task Force to End Domestic and Sexual Violence.